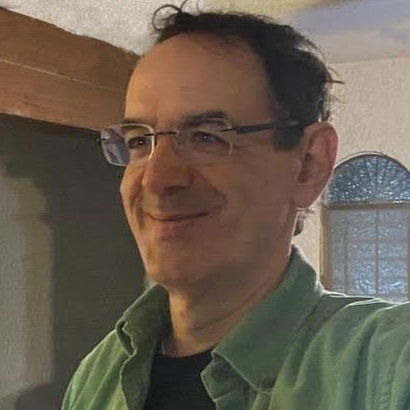 Founded Data Alliance in Jan. 2002 as an integration services provider.

Prior to Data Alliance:

1996 through Jan. 2002:  Sold technical solutions for Solix Systems and then IntelliSuite Technologies. George’s major-account sales made a transformative impact, resulting in millions of dollars in recurring revenue for both companies (detail below).  At IntelliSuite, George was promoted to Director of Sales, and played a central role in the transformation of that firm into a successful data-center/hosting services firm, hosting entire IT environments for many large and small companies. Left IntelliSuite in Jan. 2002 to begin consulting on a project for Club 8 Co. (described in first paragraph above).

Details of background before Data Alliance:

IntelliSuite Technologies – suburban Chicago (Schaumburg) Director of Sales – 1999 – 2002 Central role in transforming IntelliSuite from a garden-variety IT consulting-firm, to being a provider of fully-outsourced IT services, including hosting services for applications, data, and websites, as well as Internet services with managed security. These offerings together became the company’s core business. Company revenues tripled during tenure as Director of Sales, during a time that the dot.com bubble was bursting – the market in general was collapsing, for IT services. This growth was accomplished chiefly through sales generated in the new offerings described above. The company’s profit margins went from near zero when I started, to about 30% net profits on the higher revenues. Planned infrastructure for co-located datacenter; developed all cost and pricing models for hosting of outsourced IT environments for clients ranging from small businesses to Fortune 500. Planned and managed numerous network upgrades, implementations, and hosting projects Planned and managed a multimillion-dollar applications-hosting project using Citrix Assessed, planned and delivered remote access/WAN solutions Customer environment assessments including comprehensive Total Cost of Ownership analyses comparing various IT environment scenarios over a five-year period.

Sold the first beta site-license of Solix’s web-based e-business application for procurement and expense management, with integration into a Baan ERP system. The customer was Sensormatic, a $1 billion firm at that time, with 1,500 end-users. It was Solix’s first sale of a software application that they had developed in-house, and this application became the basis of a whole suite of business software applications that is now Solix’s main line of business. Other sales, achievements, responsibilities, etc: * Sold and co-managed company’s first Baan software projects (systems integration, custom-development and Electronic Data Interchange) * Opened exclusive consulting relationships with large Baan users. * Sold Baan customization-team services to the second-largest Baan user. * Involved in market research & strategy development. Developed marketing materials. * Assisted in planning & management of systems integration projects.